Paper on Therbligs by Gilbreth

The article by F.B. Gibreth and L.M. Gilbreth is available in a Google Book partially

Visit this link
It is in this Google Book

Near Infrared Spectroscopy for measuring oxygen consumption/energy use - 2009 paper
http://euromov.eu/m2h/documents/publications/publication_229.pdf
Posted by Narayana Rao K.V.S.S. at 11:58 AM No comments:

Published
Creative Commons Attribution 3.0 License
Version 3
Last edited: 13 Dec 2008
Exported: 26 Nov 2011
Original URL: http://knol.google.com/k/-/-/2utb2lsm2k7a/596
An existing compressor will supply only 60% of the predicted future compressed air requirements of the plant. Its net realizable value is $2,000 with operating disbursementsof $5,000 a year at that load. A new compressor that will just furnish the required 40% additional air can be purchased for $9,000. Its operating disbursements are $3,100 a year.
A full sized machine can be purchased for $15,000 with operating disbursements of $7,600.
The economic life of all three machines is estimated to be 10 years with salvage values equal to 10% of the present values.
Compare the machines and determine the best option for the company.
Assume any data you need.
Reference
Taylor, George A., Managerial and Engineering Economy, Van Nostrand, 1964.
Posted by Narayana Rao K.V.S.S. at 3:16 PM No comments:

Frank B. Gilbreth: Some of His Industrial Engineering Achievements

Frank B. Gilbreth, the engineer who conceived the "Motion Study" Principles (techniques for manual productivity improvement) once visited  a  British-Japanese Exposition. There  a demonstration of polishing shoes was being held to help the sales of Japanese shoe polish.

Casually walking and talking with his friend, Gilbreth stopped to view the shoe polish wrapping demonstration.  Gilbreth watched for a few moments, then simply said, "They are really skilled, but they could produce more." He timed the fastest girl and without hesitation, ascended the platform. He found she was being paid on a piecework basis and said, "I’m going to tell you how to earn more money, but you must follow my instructions." He changed the location of her supplies and showed her how to wrap and set aside more efficiently. He timed her again after several cycles. When he rejoined his friend he said, "When she gets the hang of it she’ll be making twice her former earnings."

In 1885, Gilbreth started out as an apprentice bricklayer. On his second day of work, with a Master Journeyman to train him, he noticed different methods of bricklaying. Undoubtedly in jest, he was informed there were three techniques: one, for just a regular day, the second was to hurry up to finish a wall, and the third, just to stretch out the job to fill the day. His question led him to think there should be one efficient and approved method, "The One Best Way."

Motion Study was first developed when it was applied to the world’s oldest trade --- bricklaying. The traditional method, even after 6,000 years, involved unnecessary stooping, walking and reaching. The time-consuming, tiring part of the job had been stooping 125 times per hour for brick and 125 times for mortar. By using Gilbreth’s method, a man could lay more bricks, standing normally, and return home after a full day’s work not nearly as tired.

Application of the Gilbreth system of motion analysis reduced the motions per brick from 18 to 5 and increased the number of bricks laid per hour from 125 to 350.

Following Gilbreth’s outstanding success in bricklaying and construction, he then pursued broad research into diversified manufacturing operations. He created an entirely new technique on how to improve industrial efficiency, while at the same time significantly improving working conditions for the worker.

His work took a firm hold in engineering and economic societies as well as with our country’s industrial companies.

His Motion Study Principles affected all management. It created a different type of engineer: The Industrial Engineer, concerned with improving manual work, Gilbreth was a pioneer of American history.

From 1910 to 1924, he promoted his system as a consultant and a teacher. He died in 1924. His wife, Mrs. Lillian M. Gilbreth, educated in psychology and with an insight into the fundamentals of labor management, had been his partner.
Mrs. Gilbreth, who had been of great assistance with the running of the Gilbreth Consulting Firm, took over and carried the full load, all by herself. She taught Motion Study at Purdue University, consulted and ran the company, along with being a wonderful mother to 12 children, all college educated.

In the late 1940’s, James S. Perkins, an Industrial Engineer, on a research assignment for the Western Electric Company, was at the University of Iowa, where he met Mrs. Gilbreth, who was a speaker at the Industrial Engineering Conference there. She visited with him and reviewed his research. Gilbreth’s film studies, research and conclusions, preserved by James Perkins extend into many diverse areas:
Gilbreth developed the route model technique to improve the flow of materials in manufacturing operations. When he first developed it, Gilbreth said that several of his engineering friends, at an engineering meeting, laughed themselves to death, but that it was quickly accepted by Plant Managers. He found that by its use, the layout distance was often cut by 75% and product processing time was reduced substantially. Further, plant productivity was usually increased by 15 to 25%.

Gilbreth’s cyclegraph technique, to learn about skill, was one of his significant contributions. He demonstrates this technique in the film and also shows the three-dimensional model he made from the pictures of a drilling operation. He said, "The expert uses the motion model for learning the existing motion path and the possible lines for improvement. An efficient and skillful motion has smoothness, grace, strong marks of habit, decision, lack of hesitation and is not fatiguing."

The film includes motion pictures of a baseball game between the Giants and the Phillies, taken at the Polo Grounds on May 31, 1913. One of the observations Gilbreth made after analyzing these pictures was that after the ball left the pitcher’s hand, it took about 1-1/2 seconds before it could be relayed to second base by the catcher. The dash to steal second base, with an eight foot lead, required a speed faster than the world’s record for the 100-yard dash.

In Gilbreth’s film studies of surgical operations, he observed that the doctors took more time searching for instruments than in performing the operation itself. He worked with doctors and came up with a technique which is still being used today. When the doctor was ready for a new instrument, he simply extended his hand, palm up, to the nurse and called for the instrument he wanted. By this means, he was able to keep his eyes focused upon the open incision, thereby significantly reducing operating time, so critical to both patient and doctor. The film shows doctors, nurses and technicians prepare a patient and the removal of a large tumor.

THE QUEST, Newsletter of the Gilbreth Network
Vol. 1, No. 2 Summer 1997E QUEST
http://gilbrethnetwork.tripod.com/qv1n2.html

Motion study : a method for increasing the efficiency of the workman (1911)
Download from
http://www.archive.org/details/motionstudymetho00gilbrich

Bricklaying film only larger one.


Stamping on the forms

Email ThisBlogThis!Share to TwitterShare to FacebookShare to Pinterest
Labels: Video


Knowledge  Day  of Industrial  Engineering is expected to bring students, faculty and professionals of industrial engineering together to discuss the knowledge of the profession in offline and online platforms.  platform.


Index of articles written by IE students of NITIE, Mumbai, India on the occasion of Knol Day of Industrial Engineering

Source for the photos: http://www.lib.purdue.edu/spcol/manuscripts/fblg/

The activities carried out in system efficiency engineering can be categorized as:

There are many knols (articles are called knols) on industrial engineering. Two of the collections are

Some More Knols on Industrial Engineering 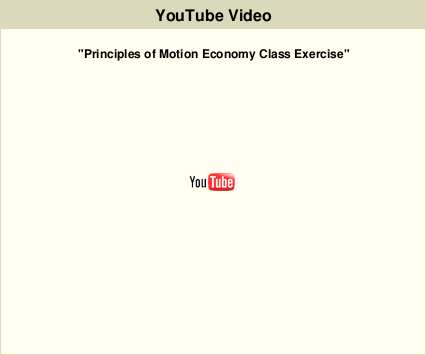 http://www.leanblog.org/2010/07/happy-birthday-frank-gilbreth-reducing-waste-in-hospitals-green-is-lean/#comment-11389
Today, July 7 is the birthday of Frank Gilbreth, born this day in 1868. While some of his methods arguably ranked low on the “respect for people” scale (calling doctors “boobs” for doing things wastefully), he was an innovator in terms of identifying waste and driving process improvement in healthcare.

http://susanrusso.fin.djes.us/2010/06/24/ergonomics-how-it-all-began/
http://www.hoteducationtips.com/2010/06/18/homework-education-career-tips-our-longterm-relationship-wtih-ergonomics/
http://5scorner.blogspot.com/2010/05/lessons-on-productivity-from-humble.html  Mentions a card that is tapped on the card reader for bus travel.

Curriculum Proposals and Suggestions for Modifications