How many industrial engineers can be employed in a company in productivity improvement/cost reduction activities?

For each 100 million dollars cost of production, there can be one MS IE and 6 BSIEs.
Value Creation Model for Industrial Engineering - Productivity Engineering

A to Z of Industrial Engineering - Principles, Methods, Techniques, Tools and Applications

What is Industrial Engineering?

The first president of ASME in his presidential address exhorted mechanical engineers to understand the relation between elements of engineering design and production and elements of cost accounting that determine the production cost as well as the life cycle cost of engineering items. Even though attention to cost was given by civil engineers earlier, the call by ASME president led to the emergence of a branch/discipline of engineering termed "Industrial Engineering." The branch was started by Prof Diemer at Penn State College, now known by the name Penn State University in 1908.

F.W. Taylor became the father of both the disciplines Industrial Engineering and Industrial Management.


Taylor's efforts to understand cost of production and reduce it gave rise to the concept of productivity improvement. Productivity is defined as output/input and if in an hour from a machine and man combination more output can be produced, productivity will be more and cost can be less. This led to experiments by Taylor to study the time taken for doing a job and to reduce the time taken by improving engineering.  Taylor offered his comments on various papers presented in the ASME conventions. He presented his first paper in 1893, wherein he narrated his data collection on the cost of belts and pulleys and how belt systems have to be designed to minimize life cycle cost of purchase cost of belts, operation cost and maintenance cost. He presented his paper on productivity improvement in the machine shop and other shops in 1895. He recommended the creation of a new department "Elementary Rate Fixing Department" whose job is to study every engineering element, its cost and the time taken to do the element. This department has the responsibility to modify the engineering to reduce the time taken for doing the engineering activity and for stating the time in which the activity can be done in the organization. Thus this department fixes the potential production possible in the company. This department is responsible for productivity improvement in the company. Taylor published shop management and scientific management in subsequent years.

Prof Diemer started the branch of Industrial Engineering to develop students in the philosophy, principles, methods, and techniques developed so far in the area of productivity improvement. 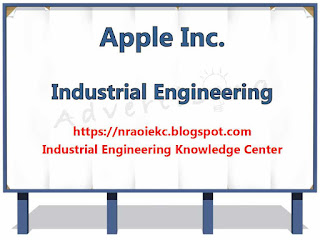 Old article:  We have to innovate and We have to be productive - Ellen Kullman - CEO Dupont


Apart from the companies mentioned in the above, effort will be made to cover more companies falling under that alphabet and thus cover all Top 100 global manufacturing companies. The articles will be updated on a periodic basis to increase the content.

Please share information on industrial engineering activities in these companies and help in providing more information to readers.